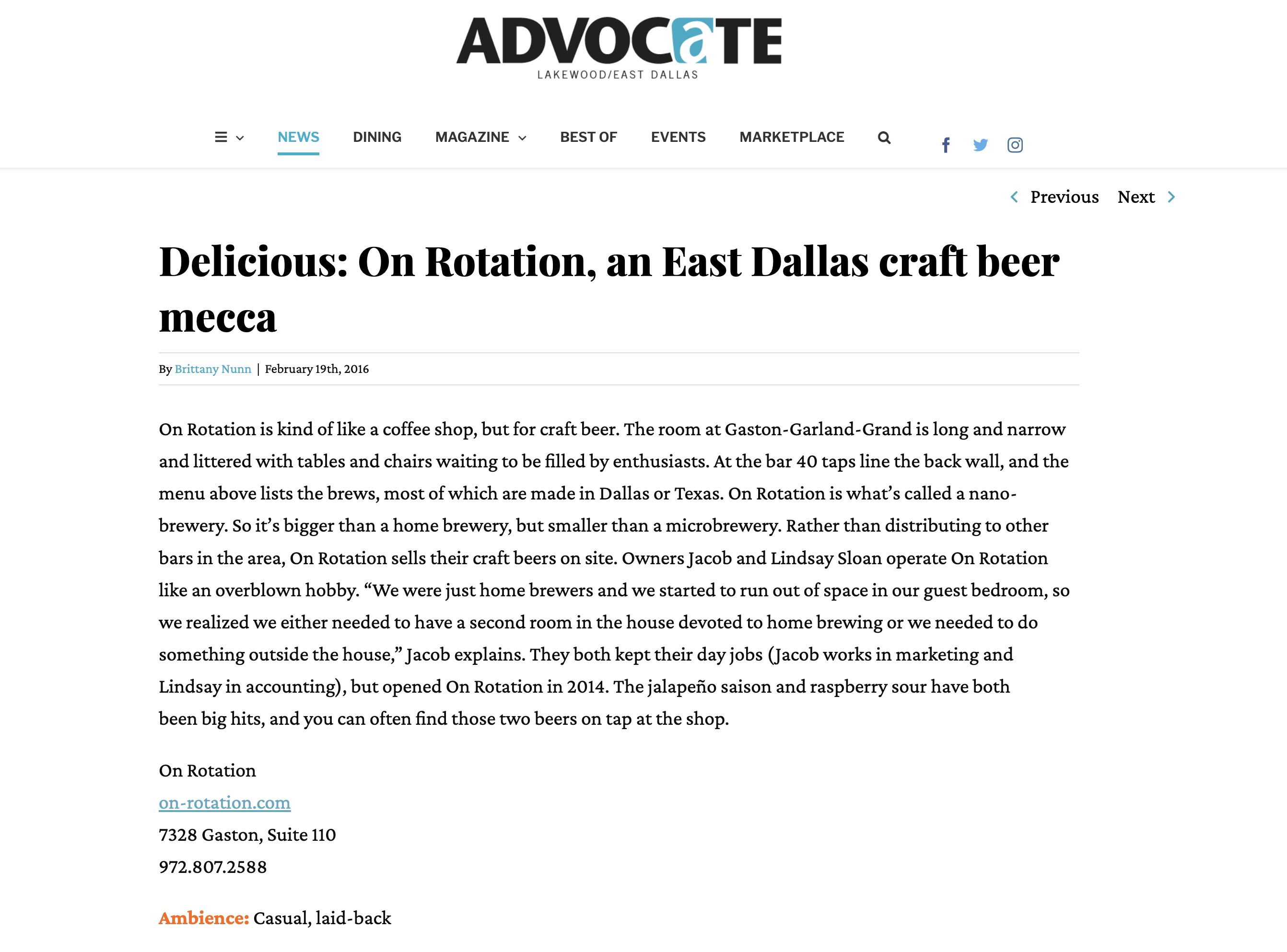 On Rotation is kind of like a coffee shop, but for craft beer. The room at Gaston-Garland-Grand is long and narrow and littered with tables and chairs waiting to be filled by enthusiasts. At the bar 40 taps line the back wall, and the menu above lists the brews, most of which are made in Dallas or Texas. On Rotation is what’s called a nano-brewery. So it’s bigger than a home brewery, but smaller than a microbrewery. Rather than distributing to other bars in the area, On Rotation sells their craft beers on site.