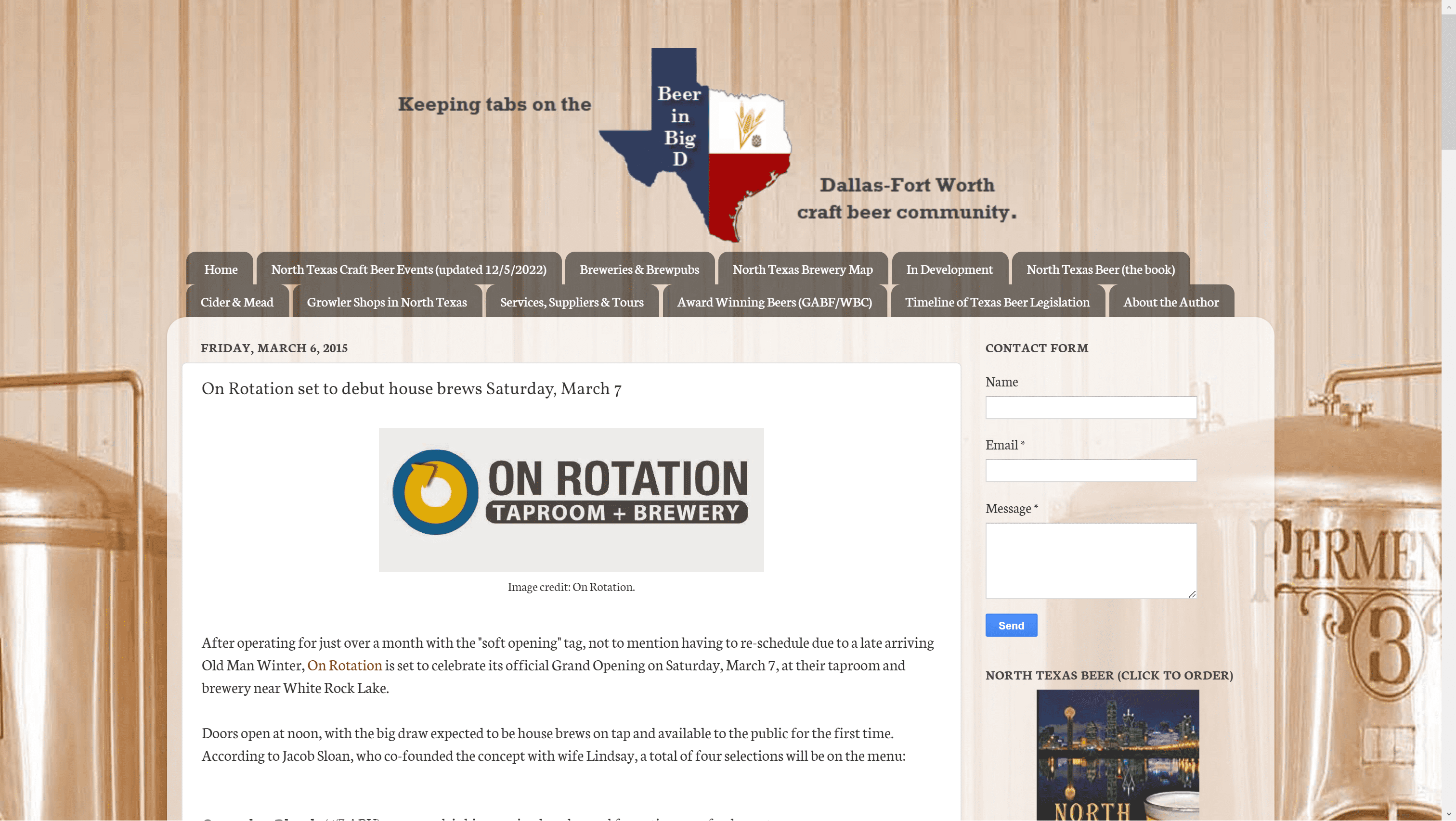 After operating for just over a month with the “soft opening” tag, not to mention having to reschedule due to a late arriving Old Man Winter, On Rotation is set to celebrate its official Grand Opening on Saturday, March 7, at their taproom and brewery near White Rock Lake.