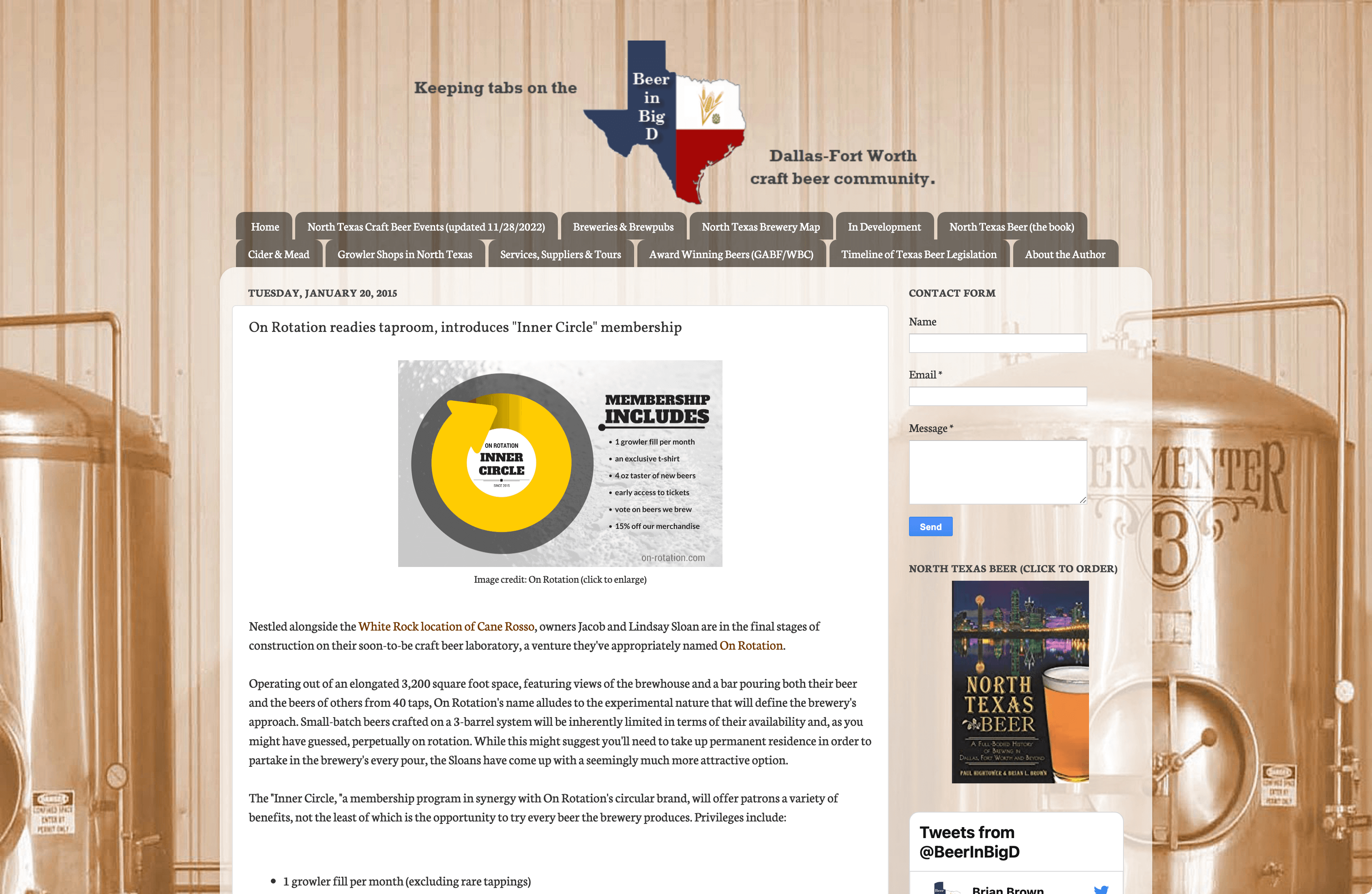 Operating out of an elongated 3,200 square foot space, featuring views of the brewhouse and a bar pouring both their beer and the beers of others from 40 taps, On Rotation’s name alludes to the experimental nature that will define the brewery’s approach. Small-batch beers crafted on a 3-barrel system will be inherently limited in terms of their availability and, as you might have guessed, perpetually on rotation. While this might suggest you’ll need to take up permanent residence in order to partake in the brewery’s every pour, the Sloans have come up with a seemingly much more attractive option.