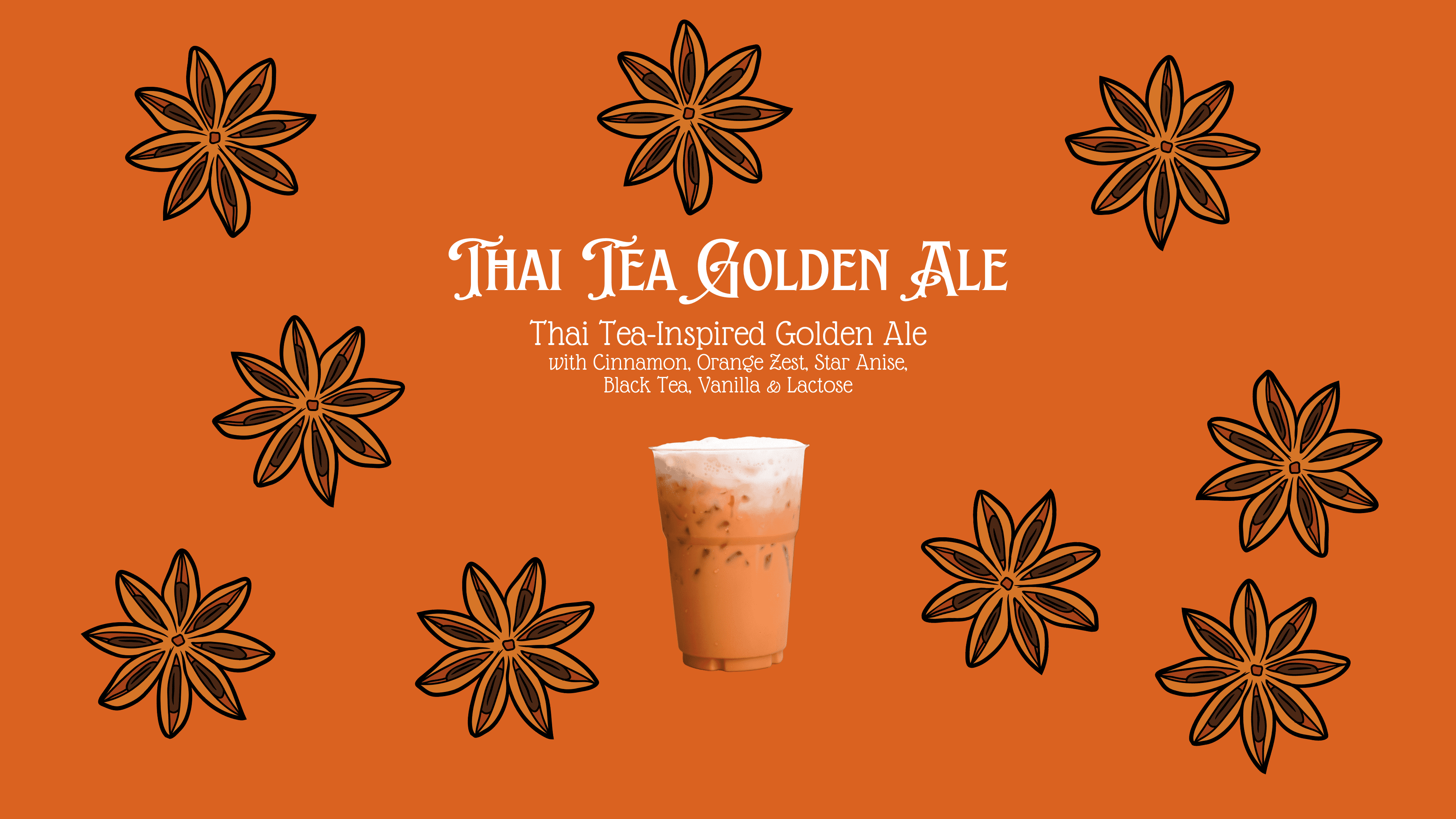 Here’s a beer almost 10 years in the making. When On Rotation founders Lindsay & Jacob were homebrewing in their driveway, one beer they chased

Here’s a beer almost 10 years in the making.

When On Rotation founders Lindsay & Jacob were homebrewing in their driveway, one beer they chased for multiple batches was a stout to mimic the flavors of a Thai Tea. Through multiple iterations, they attempted to mimic the unique profile created by orange, star anise, black tea, cinnamon, and condensed milk. There were batches in which Jacob even stirred in condensed milk to each pour to attempt to get the right consistency (sorry, friends).

Despite all the attempts, there was never a batch ready for commercial release. Until today.

Reimagined as a golden ale with lactose, this off-style beer is rich with smooth sweetness and tricked up with additions of fresh, sweet cinnamon, orange zest, star anise, black tea, and vanilla.

The lactose addition, when combined with the bready, malty sweetness of the beer closely resembles what you get from condensed milk in a true Thai Tea without Jacob stirring in a heaping spoonful of condensed milk before you drink it.

Give this beer a try. We’re excited to see what you think about it and to finally debut it on the On Rotation taps!

Past and Future Events